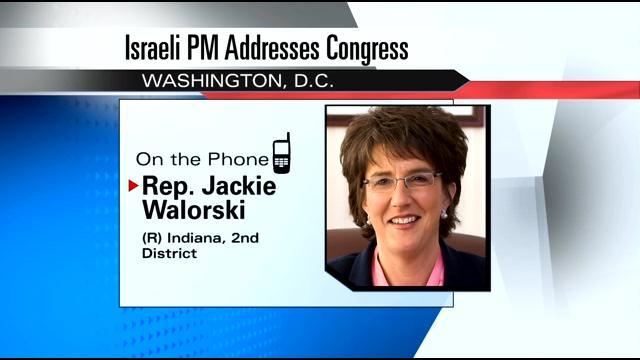 Moments after the speech, Congresswoman Jackie Walorski described his address as “electric” and “bold.”

“I've only been here for three years, and I've never seen anything like what happened today inside that chamber.”

Walorski went on to say Prime Minister Netanyahu was able to do something that has not been done in a while—he brought Congress together.

“The message that he delivered was the message that Americans want to hear. I think there's a lot of unity in Congress today after hearing his remarks, standing up and being bold and calling a bad deal a bad deal."

Despite Congresswoman Walorski's views on the speech Tuesday, over 50 Democratic lawmakers decided to skip the speech, including Michigan's John Conyers.