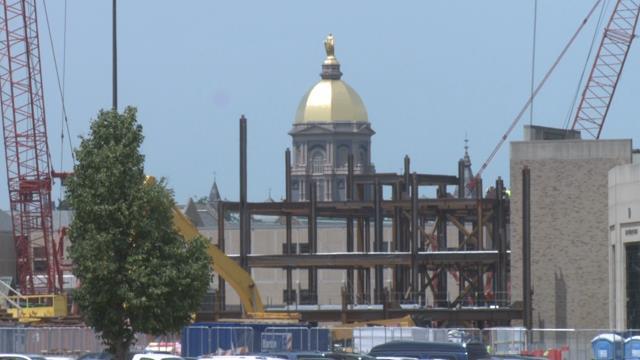 New construction on campus at the University of Notre Dame is projected to make a big economic impact on the region.

According to the fourth "Economic Impact Report", commissioned by the university but produced by a New York economic developer, investment in construction jobs will double to $237 million annually over the next three years. Normally, investment sits around $95 million annually, which accounted for 326 jobs in the state of Indiana.

The new projections dwarf those annual numbers, adding up to more than $700 million spent on construction projects by 2018.

“The economic impact, one of the things that became clear to me is this is a partnership; this is a collaboration. We're doing an enormous amount of work here on campus, but we couldn't do it without the local community. That partnership was very clear to me when reading the report,” says Associate Vice President for Public Affairs Tim Sexton.

The university makes a big economic impact in St. Joseph County; in the 2014 fiscal year, Notre Dame boosted the local economy by $1.3 billion. That's an increase of more than 11 percent from when it was last measured in 2012.

The University of Notre Dame is St. Joseph County's largest employer, with more than 5,000 full-and-part-time employees.