Construction on South Shore Line to begin this spring 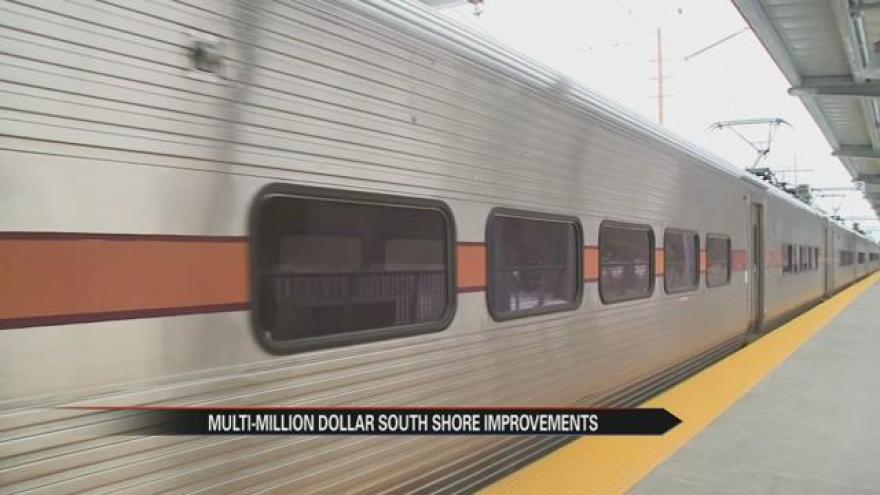 The Northern Indiana Commuter Transportation District is working to improve and expand service.

South Shore Line riders could see changes as early as this summer.

As soon as the snow melts across Northwest Indiana, construction will begin on the South Shore Line.

With $9 million of existing and federal funds, the commuter line got the green light to rehabilitate bridges and install high speed crossovers.

It’s necessary, leaders say, to help trains maneuver more easily and to cut down on delays.

The ultimate goal though, is to double track the line between Michigan City and Gary.

“Which will enable us to dramatically improve frequency of service really from South Bend all the way to Chicago,” explained NICTD Director of Marketing and Planning John Parsons.

Currently, the South Shore operates as a single track railroad.

That means trains can only operate in one direction at a time.

NICTD officials said the rail is crucial to the expansion of business and tourism throughout Northwest Indiana, so this project is right on schedule.

“What that would mean to South Bend is we could literally, regularly have trains that currently take two hours and 30 minutes, two hours and 40 minutes to get into Chicago, that trip would be reduced to about an hour and 55 minutes or maybe even less in some instances,” said Parsons.

The only problem is the price tag, sitting at $105 million.

The NICTD is still looking for federal and local funding to cover engineering costs. The line says it’s received much support from the South Bend/Mishawaka area.

Officials are excited for riders to enjoy a quicker, more reliable service.

But expect there will be some delays when construction begins this spring, with possible busing between South Bend and Michigan City later in the year.

“There’s no way we can avoid some service related impacts. We expect they’ll be in the off peak mid day service and not during rush hour,” Parsons explained.

Construction is expected to be complete sometime this summer.

Also beginning the first weekend in April, the line will allow commuters to bring their bikes on the train.

Commuters can also enjoy the addition of free Wi-Fi.