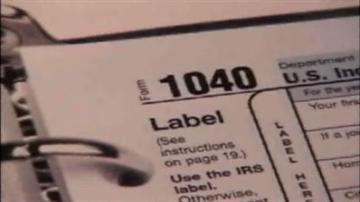 St. JOSEPH COUNTY, Ind -- If you are one of the many who have not done to your taxes yet, then listen up!

There is a consumer alert you need to know about. A recent government study found that people may want to think twice before sending in a paper return.

According to a report done by the Government Accountability Office, or GAO, refund fraud is on the rise. 642,000 cases of fraudulent tax returns were filed last year, but that is only the ones the IRS knows about. The agency say they have no way of estimating how many identity theft cases go undetected.

In fact, the GAO investigation revealed the IRS has no way of knowing if someone's identity has been stolen, but there is something you can do to protect yourself.

"Protect your documents, particularly your social security numbers like it's gold because in some ways it is," said Brian Conwell the owner of Liberty Tax Service in both Elkhart and South Bend.

That is why tax experts like Conwell say when it comes to filing your taxes, you should stick to e-filing, along with electronic checks and transfers.

"If you get a hold of a paper return, you have every bit of information related to that individual," said Conwell. "But the key is the name and the social security number. If you have that you can open just about anything under that individual."

Conwell says not only do tax prep businesses like Liberty Tax Service have online security measures in place, but so does the IRS.

With a secure internet connection, its one way to make sure your information cannot be found on the web, even after you file your return.

"Definitely e-file and get those electronic transfers. I don't want to say anything it is foolproof but it is much better than the alternative," said Conwell.

Unless the IRS pursues criminal action, the government agency has not way of knowing or getting the real identity of the thieves.

The problem with that is the IRS rarely conducts criminal investigations and when it does it is only for the most serious refund fraud cases.