Controversial Bin Laden book to be released a week early 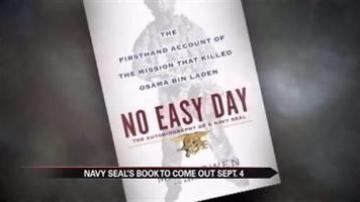 The controversial book that is a first-hand account of the raid that killed Osama Bin Laden will be coming out sooner than expected.

The book's publisher says that No Easy Day will be released a week earlier.

It will hit the shelves Sept. 4.

The book is written by a Seal using the pen name of Mark Owen.

The Pentagon confirmed the author is a former Seal who was involved in the operation.

He could face criminal prosecution if any confidential information is included.

The book is already an advanced best-seller on Amazon.com