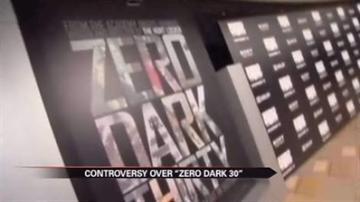 The Golden Globes have historically been considered a good indicator for the Oscars. However, a controversy is brewing over Zero Dark Thirty, one of the top contenders.

Some are telling members of the Academy not to cast Oscar ballots for the movie because of graphic scenes involving torture.

Certain scenes that depict the role of "enhanced interrogation techniques," in the hunt for Osama Bin Laden, have brought backlash on the movie.

Some are saying "you can't separate artistry and morality" and that this film crosses the line.

"I certainly did a lot of homework but I never asked for classified material. To my knowledge, I never received any," said Mark Boal, the writer/producer of Zero Dark Thirty.

The studio also jumped to the film's defense, releasing this statement:

"Zero Dark Thirty does not advocate torture. To not include that part of history would have been irresponsible and inaccurate."