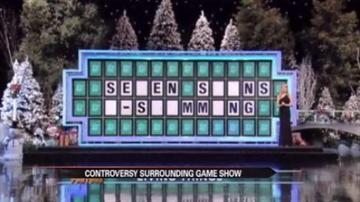 One of the world's most popular game shows, Wheel of Fortune, is stuck in controversy and for the first time ABC 57 is hearing from the woman at the center of it.

"I think regionally everyone has a little bit of their own, you know someone from New England is definitely going to have a different type of speech than I do being in the south," said Renne Durette.