Costco may be coming to Mishawaka 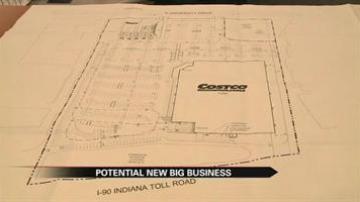 MISHAWAKA, Ind. -- Costco is looking to build a retail center on University Drive next to the shopping center that includes Target, Pier One and Marshalls.

Memorial Health Center currently owns the property, which right now can only be used for medical purposes.  Before Costco can build, the land must be rezoned.

“The first thing they have to do is go through a re-zoning petition and get this use allowed on that property and then when that is done, they will submit for a final site plan,” says Greg Shearon, Senior Planner.

Mishawaka's Director of Community Development says this would be a huge boost for business.

“It kind of anchors that retail area out there on the north end of town, and its going to provide, I'm not sure on exactly how many jobs but it is going to provide good stable jobs for the community if it in fact does happen,” says David Thomas, Director of Community Development.

Shoppers are happy to hear the retailer has plans to build in Mishawka.

“I’m very excited about it because I am a member and I am not able to take advantage of a Costco, it’s wonderful news as far as I am concerned," says Patricia Henry, Granger resident.

“Anytime you have more places to shop and it’s competitive, I think it will certainly help out," says Charles Hatley, South Bend resident.

“Always need more competition. Competition will bring more people in and it will be a benefit to everyone,” says Len Gherardi, Mishawaka resident.

ABC 57 spoke to Costco representatives who said until the city approves the rezoning, they do not have building plans for the Mishawaka Costco in their system.