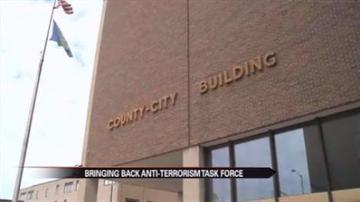 ST. JOSEPH COUNTY, Ind. -- The South Bend Common Council wants to bring back an anti-terrorism task force that was formed right after the September 11th terrorist attacks, but hasn’t been active in a few years.

The bombing in Boston left the South Bend Common Council wanting to know one thing.

"If this does happen, are we ready for it?” said Derek Dieter, South Bend Common Council President.

In 2003 St Joseph County and the cities of South Bend and Mishsawaka made an agreement to create an anti-terrorism task force.

That task force has been dormant for at least two years.

"The South Bend Mayor, Mishawaka, and I have been meeting and we even gone through some drills and stuff as well,” said Kostielney.

Some of those drills included a simulated attack at a Notre Dame football game and a plane crash near the Toll Road.

The plane crash training paid off when a plane crashed in South Bend.

But with several college commencements and large public events like the sunburst race planned for the near future, some are still concerned.

That's something that needs to be addressed according to Kostielney.

"We've got the behind the scenes stuff done, now we need to make sure the public is aware that we do have scenarios in place, and things in place, in the event of a disaster happening either man made or natural,” said Kostielney.

Mishawaka Mayor Dave Wood said reactivating the task force is something he and his counterparts in South Bend and the county will have to discuss.