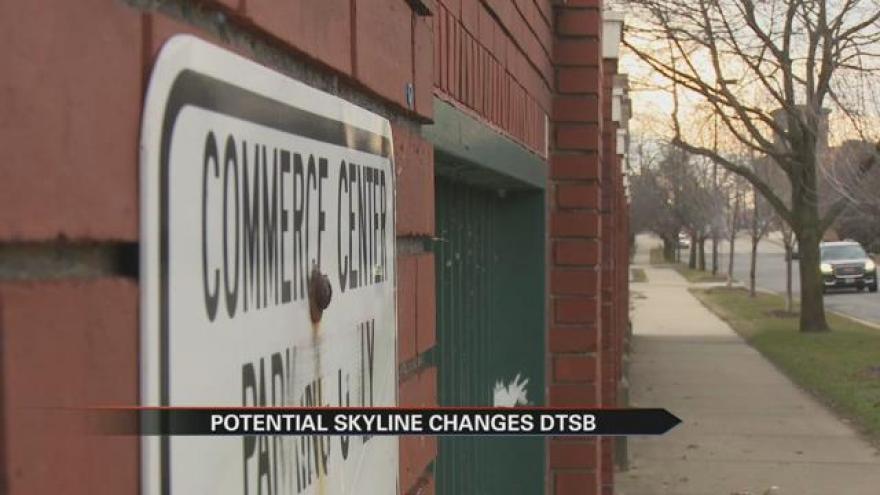 The fight continues to bring a mixed-used high rise to the Commerce Center.

After the project was rejected by the Area Zoning Board of Appeals last week, South Bend’s common council is drafting an ordinance that would amend height-restrictions on the area.

But across the bridge there are no tall towers.

“We are just the first person in a long time to build a tall building in downtown South Bend and it’s taking the city some time to clean up some of the bureaucratic hurdles,” said developer Dave Matthews.

Matthews is still wants to bring a mixed0use space to the vacant space in the Commerce Center.

“If we can make downtown south bend a vibrant lively, fun place to live than it’s great for the people who live there but it’s also great for everyone else in the community as we’re trying to businesses and new people to our area,” said Matthews.

Last week, the Area Board of Zoning Appeals halted the progress of the development because of pre-existing rules that prohibit building taller than five stories.

So the council went back at the drawing board and is drafting a height-changing rule.

“What it would do is give the opportunity to go 150 feet up, on that piece of property,” said Tim Scott, South Bend Common Council President.

Councilman Scott says soon it could be time to take a look at other areas that could also build up.

“Are we missing out, are we missing out on corporations that would like to have headquarters here?” he said. “It’s an amazing city once you get up high and take a look around.”

The first reading of this bill will be at the next meeting on Monday, February 13.

It will go before the council for a vote on February 27.