Council to the Mayor: Meeting was overflowing with important matters 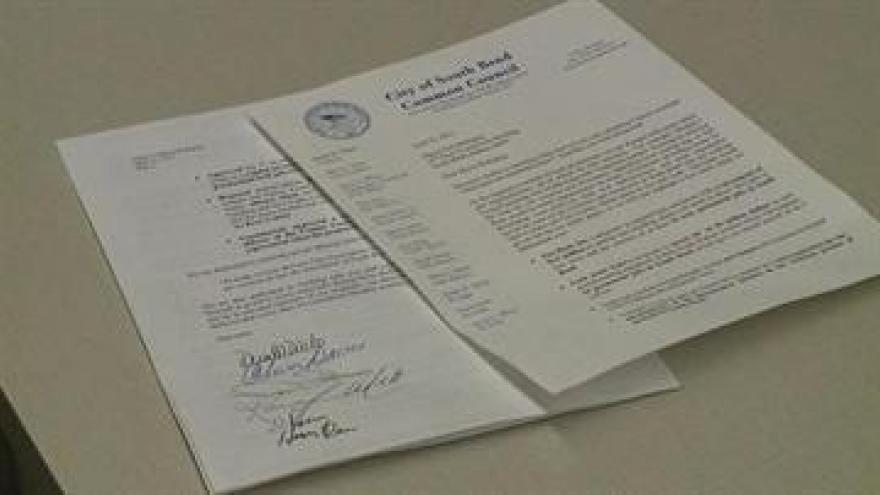 SOUTH BEND, Ind. – Several Common Council members took, Mayor Pete Buttigieg to task for saying he tries to attend their meetings when there are important issues to discuss.

Six of the nine council members signed a letter addressed to the mayor, Wednesday night.

The letter began by requesting the mayor define what he considered important.

It went on to chastise Buttigieg for downplaying the council’s role in running the city. "Monday's Council meeting was overflowing with 'important matters'," read the letter.

When asked, “Why you didn’t attend the council meeting?” Buttigieg replied, “I don’t make every council meeting; I try to get there when we have important issues.”

The comment did not sit well with Common Council Vice President, Oliver Davis. “Each and every one of the issues that we presented last night, were important,” said Davis.

The letter included the following items, and more, which the council deliberated over:

A proposed investment of $6.5 million that would create 30 new, permanent jobs in South Bend.

A proposed investment of $8 to $9 million in new manufacturing equipment that will maintain 56 jobs.

Approved the first investment on Ignition Drive, which will result in a capital investment of $14.2 million and create well-paying high-tech jobs.

Approved a letter to assure the city would be represented when the proposed Vote Centers are discussed.

The letter wrapped up by stating, the council is dedicated to working with the mayor and his administration to move the city forward in a positive way; then reiterated, “This Council believes that every item we considered Monday evening was important!”

The letter follows weeks of frustration over the situation surrounding the demotion of South Bend Police Chief Darryl Boykins and the firing of veteran city employee Karen DePaepe.

Many on the council have questions about the situation and issues linked to it, as does much of the community.

Several groups and individuals came to the public meeting to express their concerns and pose questions.

The mayor’s chief of staff slipped out the back door, before they had a chance to speak.

Whether it was intentional or not, it was noticed by the public in the room, the media and the council members.

When asked if he had a comment about why it had occurred, Buttigieg chuckled his way through an explanation. “I’m sure he would have been delighted to talk to everybody, but we had a lot of work going on,” said Buttigieg.

Several on the council found that explanation less than humorous, and pointed out they have a lot of work to do as well and they aren’t cutting out early.

Davis pointed out; there was no administration representation at the committee meetings held earlier in the afternoon.

According to Davis, those meetings are extremely important to the decision making process the council must undertake every time they have to vote on an issue.

For members of the council; the lack of availability of the mayor, or someone who can speak for him, can be detrimental to efficiently conducting the city’s business.

Meanwhile, Mayor Buttigieg has stated publicly he is willing to discuss the matter surrounding the federal investigation (at least as much as he feels he can tell them) with the council privately, one-on-one or as a group.

A one-on-one meeting may have to wait a few weeks, though; the earliest availability the mayor has is three weeks out for citizens, according to statements made Tuesday night by staff members.