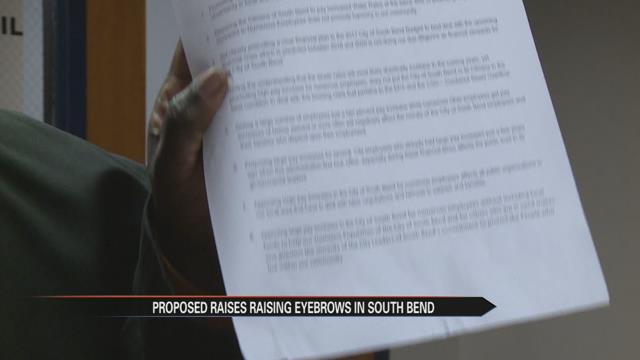 The council will vote on the budget on October 24th, it has to be passed by November 1st.

The proposed budget includes raises of more than 20 percent for the City Clerk and the Director of the Parks Department.

“Someone needs to stand up and say this is not the best for South Bend the way it’s being done,” said Davis.

Davis says he would like to see more moderate raises, closer to the 2 percent increase city employees typically see.

In a press release Davis listed the following concerns: