SOUTH BEND, Ind. --- The heated debate over redistricting maps comes to a halt, for now. The St. Joseph County Council decided to vote in favor of bill 159-21, which presents three different hypothetical maps to the state.

Tuesday night marks the third public hearing the council has had regarding redistricting maps. Residents voiced their concerns about the pending litigation that follows tonight’s decision — which will later determine which one of the three maps will be enforced.

“These are expensive tax payer funded lawsuits that will surely be in the courts for months maybe years and provide us with no immediate resolution," said Amanda Drake, St. Joseph County Resident.

Redistricting maps happen every ten years and despite council members finally voting on a resolution Tuesday evening, some residents are still concerned about pending litigation from the council.

“I was married to a lawyer. My sons a lawyer. I’ve been in a room with two lawyers fighting with each other. They don’t have our best interest at heart. They want to make money and I don’t want my money paying for them," said Sheryl Dawes, St. Joseph County Resident.

The council, which voted in favor of an ordinance that supports three potential maps, will file an official lawsuit before the end of the year.

While the suit is to determine which map presents the most equitable representation for all residents - many came to the council expressing their disappointment about spending tax dollars on lawyers.

“The public input is not surprising when you’re talking about what map is going to be used for the next 10 years that becomes an extremely passionate issue with the voters," said Rafael Morton, St. Joseph County Council President.

While the suit has not been filed yet, Council President Rafael Morton says he feels the outcome of the vote was the best for the community.

“Regardless of if we agree or disagree as democrats or republicans we’ve always worked together," said Morton.

The council will meet again Wednesday at 1 pm to determine if they’ll make a motion to veto tonight’s decision. 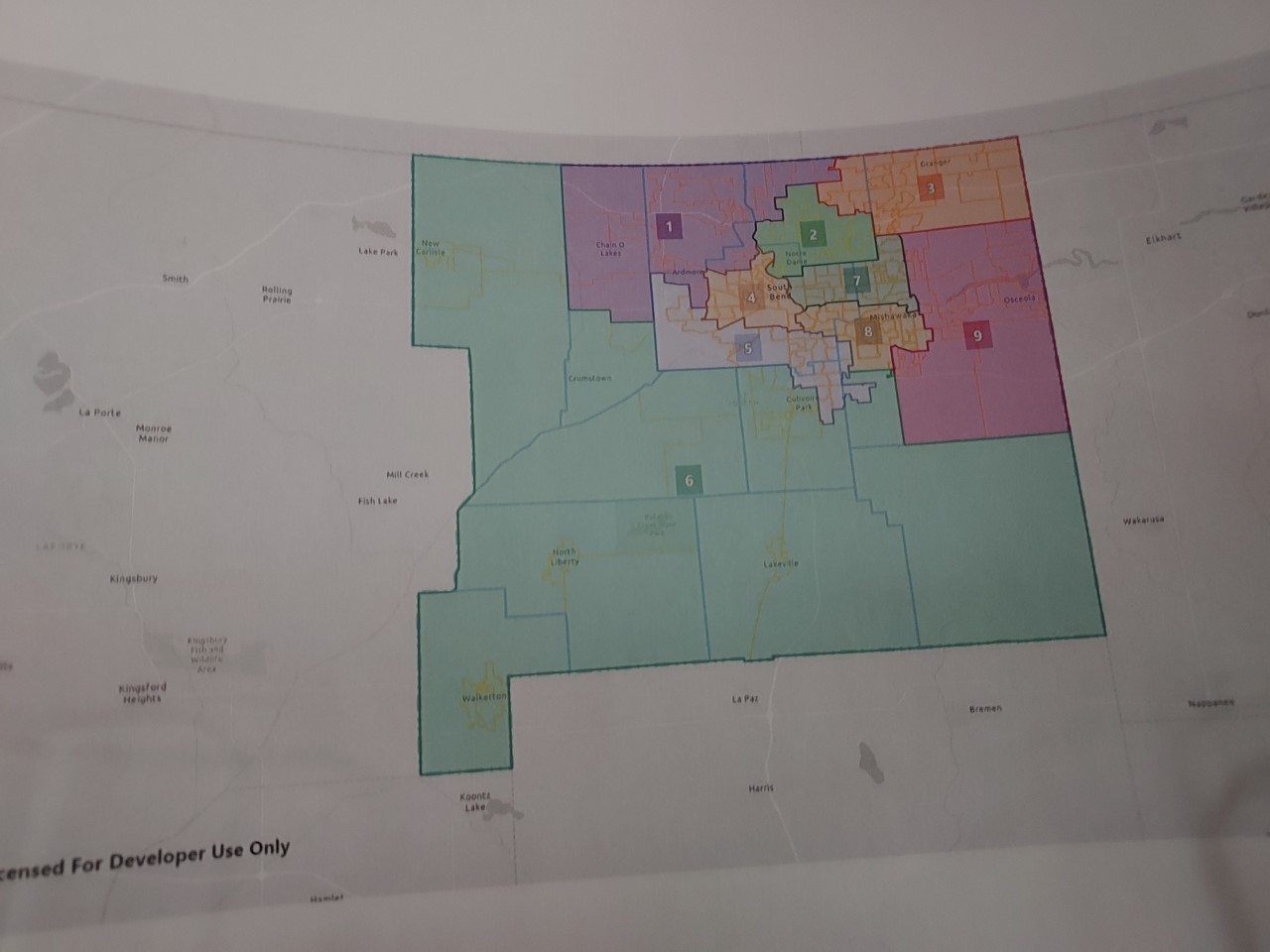