Crash brings traffic to a halt on I-65 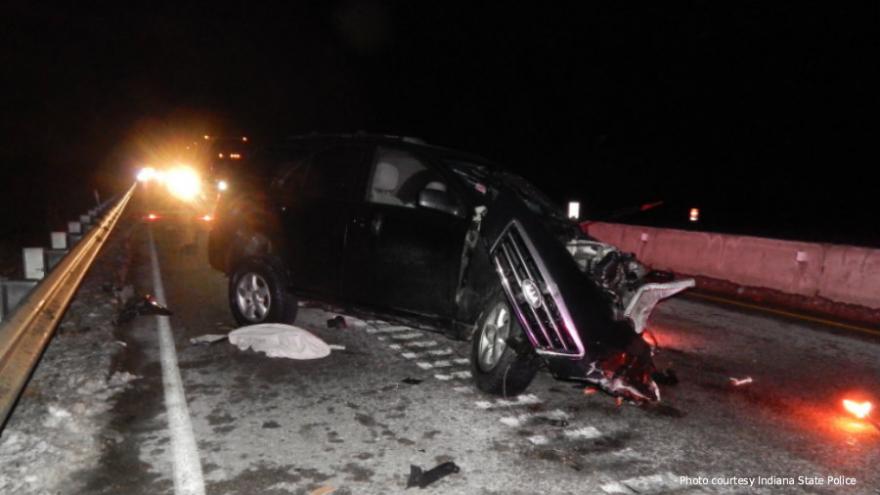 Indiana State Police say the crash happened around 7:15 p.m. in a construction zone south of the U.S. Highway 231 exit.

The investigation found a 2007 Kia Sorento, driven by 65-year-old Joseph Naseef of Chicago, failed to shift lanes and struck a crash cushion.

Accoridng to ISP, the vehicle then spun in the roadway and struck a concrete barrier wall. The location of the crash happened on a bridge where there is not a shoulder.

Because there was debris scattered across the road, other drivers were not able to drive past the crash.

Troopers say the right lane of the interstate was closed for over an hour.