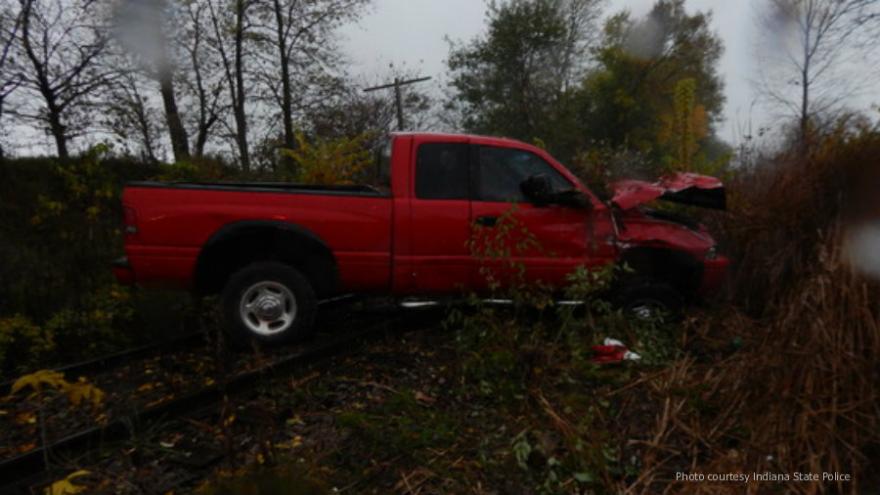 HUNTINGTON COUTNY, Ind. – A crash just outside of Warren, Indiana claimed the life of a man from Bluffton Sunday afternoon.

Indiana State Police say officers were dispatched to the scene on Shafer Road around 2:15 p.m. where they found a red Dodge truck crashed and the driver trapped inside.

Troopers report the truck rolled over at least once and pinned the driver, 58-year-old Timothy Brown, inside the truck before being extricated by firefighters.

The cause of the crash is believed to a result of the truck going around a curve and leaving the roadway.

Brown was taken to Lutheran Hospital in Fort Wayne where he later died.

According to ISP, Brown was not wearing a seatbelt.