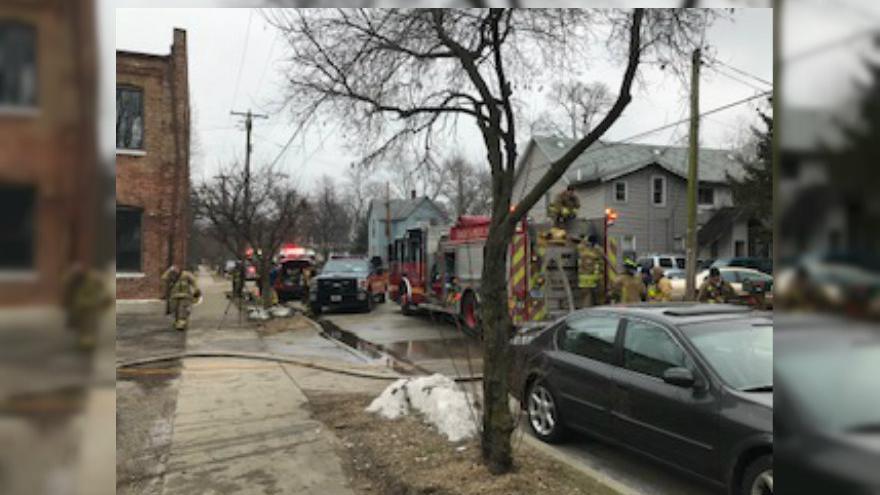 ELKHART, Ind. -- Elkhart fire investigators determined a fire at an area business on Saturday was accidental in nature.

According to a press release, fire crews were called to the scene of a structure fire in Elkhart Saturday morning.

Dispatch received the call at approximately 8 a.m. regarding a fire at 610 W. Crawford Street.

Units upon arrival discovered a working fire alarm and the east end of the "L" shaped building covered in thick smoke.

As firefighters made their way through the building they noticed a sprinkler head in the 'wood shop area' of the building had activated.

A thermal imaging camera was used by firefighters which showed heat coming from the floor of the room.

As firefighters approached the heated area, one firefighter exposed a burning fire in the crawl space below the floor.

Officials say the fire had burned through joists in the floor for a period of time before the sprinkler had activated.

A preliminary investigation revealed pieces of smoldering wood from a woodworking area had become lodged in the cracks of the wood floor allowing conditions which ignited joists in the floor.