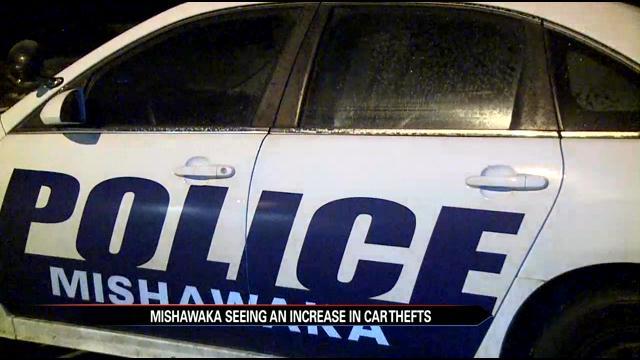 The Mishawaka Police Department has responded to several reports of vehicle thefts at apartment complexes on the north side of the city.

The majority of those are in the Indian Lakes apartment complex, specifically on Winimac Lake Drive, Shawnee Court, and Iroquois Lane.

Sgt. Tim Williams of the Mishawaka Police Department says there is a common thread with all of these incidents: they were warming up their cars before heading out for the morning.

The majority were started manually and left unlocked.

Police are urging everyone in Mishawaka to get out your vehicle registration and snap a quick pic with your phone. It takes less than a minute and can save you hours of headache if your car is stolen.

Police are also reminding residents not to leave vehicles unattended when unlocked and running.