Crime in South Bend down, homicides up 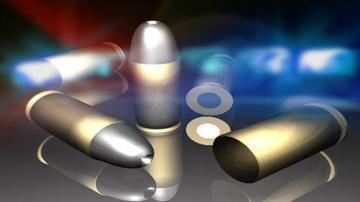 SOUTH BEND, Ind. -- South Bend police are reporting a dramatic drop in all crime this past year, a drop of 20 percent from 2011.

However, that is with the exception of homicides, which actually doubled over that same time.

A drastic decline like this takes a lot of effort from police, but they did not do it alone. The community really stepped up in 2012 and it showed in the latest numbers.

South Bend police and the community are taking back their city that has been riddled with crime for years.

Crime dropped steadily for the past five years, but in 2012 police saw one of the steepest declines yet.

"We've seen a decrease in virtually every part one crime, and a significant decrease to the tune of 20 percent," said Captain Phil Trent with the South Bend Police Department.

Trent says that is largely due to the work of patrolmen and special investigative teams, like the burglary unit.

"There's been a lot of emphasis on stemming the tide of property crimes and we've been very successful in 2012."

With the help of the department's state of the art crime lab, more repeat offenders are off the streets and behind bars.

Neighborhood watch groups, like the Diamond Divas on the city's West side, say they are witnessing the change first hand.

"With our neighborhood watch group we have notice a vast improvement yearly," said Becky Kaiser with the Diamond Divas.

So, why is this year different? Kaiser says it's in part because groups like the Diamond Divas are growing and that means more vigilant neighbors are getting involved in their community.

"You can see that neighbors in distressed neighborhoods are getting it, they are watching and they are talking," said Kaiser.

Kaiser says the rest of the credit should got to patrolmen, who are getting more involved than ever with the neighborhoods they patrol.

Officers are encouraged to get out of their cars, talk to residents and build bonds in the community they serve each day.

"They're meeting people, they are stopping when they see people out, which they may have always done. But I don't think they got the reception they are getting now after the cops, coffee and conversations that some of the neighborhoods have had, where now they know who their officers are," said Kaiser.

While these numbers are encouraging to police, they are also aware that homicides last year doubled from the year before.

This is one category that police say is difficult to prevent or control, but they do pride themselves on making arrests for nearly every South Bend murder in 2012.