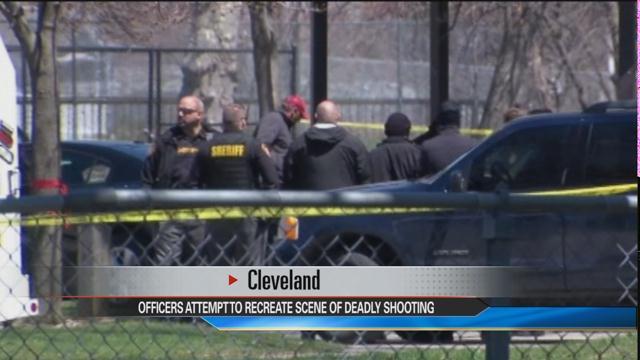 Investigators revisited the crime scene where a Cleveland pre-teen was killed by police when he was playing with a toy gun in November 2014.

The officers attempted to recreate that crime scene using cameras.

Members of the community say those investigators have too many connections to the Cleveland Police Department, who shot and killed 12-year-old Tamir Rice.

David Jones, of Peace in the Hood, says the police department should have people from the neighborhood observing the investigation to make sure it's transparent.

"In my opinion, no matter which way they come up with this, the public is still going to have doubt, you have a county agency that works very closely with the Cleveland Police Department, and they're doing their investigation."