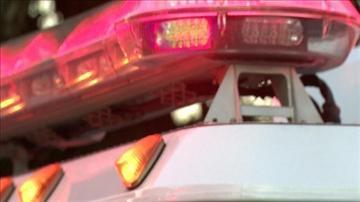 Here's how it all started.  I was born and raised in South Bend.  In high school, I discovered a fascination with science and decided I wanted to be a doctor.  I enrolled in classes at IUSB and interviewed for a job at the South Bend Medical Foundation.  Turns out my timing was terrible, as I had scheduled the interview immediately following oral surgery and my Novacaine wore off mid-sentence.  I was in excrutiating pain when I accepted a position as a phlebotamist.  I had no idea what that was, and was in no mood to inquire.  It wasn't until I got home that I looked it up and realized it is the collection of blood samples.

As it turns out, the job took me all over Memorial Hospital, often front and center, to witness medicine in action.

After a stint at IU Bloomington, I returned to South Bend and the Medical Foundation, this time in the Central Blood Bank.  I took Emergency Medical Technician training and began working part-time on an ambulance.  My very first run as a rookie EMT was a heart attack call, signal 10 (red lights and siren).  When I caught sight of the rig's reflection in store windows as we sped by, I became an adrenaline junkie.

As I got to know several SBPD officers from responding to accidents and crime scenes, I became intrigued with police work.  One day, a female SBPD officer came to the Blood Bank to donate and I bombarded her with questions.

That very afternoon, on my lunch hour, I went to SBPD and picked up an application, and my career path was altered.  Fifteen months later, after a lengthy hiring process, I was on my way to the police academy.

All of us at SBPD start out in patrol, where I spent my first 8 years on the job.  I then spent 16 years in the Investigative Division, investigating all types of cases including an 11-year stint in the sex offense unit.  I became coordinator of the Crime Stoppers program in December of 2007, and the rest is history.  I must say, it's been a great career and sometimes a front row seat to the greatest show on earth.