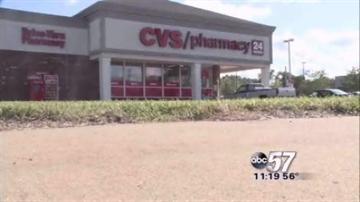 SOUTH BEND, Ind.-- It's common to get carded at the door of a club, but now be prepared to pull out your ID when you want to do your own manicure.

"If they can make a dent in the problem, anything to help,” said Linda Deeter, shopper in support of new CVS policy.

The problem she's talking about is rampant methamphetamine production. Acetone is a key ingredient in the creation of crystal meth, so CVS says it's cracking down to protect your neighborhood.

All CVS stores will no longer sell nail polish remover with acetone to anyone under 18, and the store will keep a record and limit how much you buy.

Inconvenience or not, some say the new store policy is pretty idealistic.

"It is a good decision in theory, but if they are going to make meth they'll just find another way,” said Rose Pangallo.

“These are the kind of people if they're making meth, they obviously have no qualms about stealing,” said Lizzie Pangallo.

But the decision for CVS seems to be a proactive one. They don't want another lawsuit.

A few years ago, the chain paid close to $80 million to settle a federal lawsuit after it acknowledged it sold pseudoephedrine to criminals who used it to make meth.

"I work in retail and law suit liabilities, for you getting sued for stuff, everybody's suing nowadays,” said Rose Pangallo. “It's a lot more money nowadays and it's a lot harder nowadays for businesses to make money, so I get why they would."