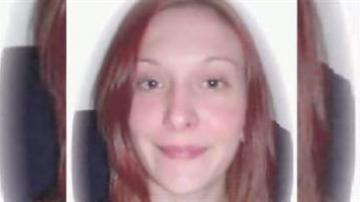 LA PORTE COUNTY, Ind. --  Only on ABC 57, the father of a La Porte County murder victim speaks out about finding his daughter's killer.

It has been nearly a year and a half since a 23-year-old Michiana girl was kidnapped, killed, and dumped in a park.  Now her father wants to find new answers about her killer.

Christine Arnold was killed last July.  Police believe she was taken from the Michigan City public library, brutally murdered, then dumped in a Gary, Indiana park.

"Having to identify the body was very difficult," said Arnold. "It is something as a parent; you never expect to do."

Now paintings are all Ed Arnold has left of his daughter.

"People say that drawing hands is the most important thing and for her it was easy," said Arnold.

Arnold said he has been living a nightmare the past 14 months waiting for police to find a suspect.

"One day at a time and usually that involves some tears," said Arnold.

Gary Police and the Department of Natural Resources have been working hard on the case, but so far they have come up empty handed.

"Street criminals are pretty smart. They use different identities from town to town," said Arnold.

So, now he is asking for help from the community to catch his daughter's killer.

"I am sure there are a lot of people out there that know who this person is and we are just asking for their help," said Arnold.

He is offering a $5,000 reward through Crime Stoppers, hoping someone will come forward with information to put his daughter's killer behind bars.

"This person deserves to spend the rest of his life in prison."