Dangerous intersection has neighbors turning to ABC 57 for help 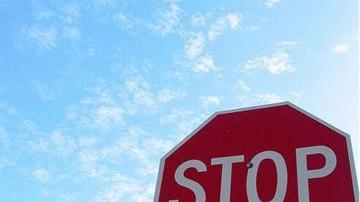 MISHAWAKA, Ind. - For weeks ABC 57's Brian Dorman has been watching what's going on at 4th Street and Merrifield.

Brian got a tip about cars blowing the all way stop by Pirates Cove. Turned out cars were blowing the intersection, one after another.

Wednesday a petition started in the neighborhood asking city council members to come up with a solution.

"The cars don't stop, they drive through. There are kids, a lot of kids that walk to school every day," Susan Jones said.

Jones has two students at Mishawaka High that walk to and from school. She is worried that one day a car might not see them.

"They act like they're about to go and it makes me nervous...I get scared when I cross the street because I don't know if they are going to go or stop, so I always stop to make sure."

The petition is asking for the mayor and city council members to consider putting in temporary speed bumps at the intersection, a light or both.

Mayor Dave Wood told ABC 57's Brian Dorman on the phone Wednesday night that he would ask for officers to patrol the area more. He also said that he hopes the sewer improvements on 4th Street will dramatically change the street getting the intersection up to modern code.

That wasn't good enough for those living in the neighborhood, they are going to continue to collect signatures in hopes of getting a problem solved now before anyone gets hurt.