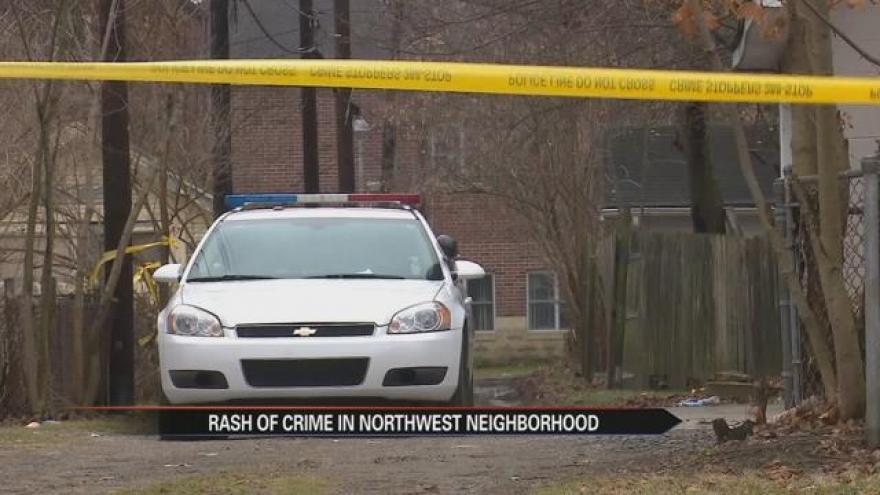 It has been a violent week in the northwest portion of South Bend.

A deadly shooting, a fatal accident in a stolen car, and another shooting happened all within a few days, and within few miles of each other.

Sylvester More lives on College Street, close to where everything happened.

“You’ve got some bad apples in every neighborhood,” More said.

This week it seems the bad apples have been falling from the tree more than usual.

“It’s misfortune. I feel bad for the people, the family and you know,” More said.

It all started Monday evening, when a man’s body riddled with bullets in a Cleveland Road alleyway.

The following morning, two teens were killed, and two others injured in a crash after allegedly stealing a car and running from police.

Thursday morning there was another shooting, just a three minute drive away on Diamond Avenue.

“People have got to be smart,” More said.

Police say there are ways neighbors can reduce their risks for certain crimes.

“You have to be cognizant of what’s going on around you,” Lt. Gene Eyster said.

Officers themselves are also finding ways to cope, after this weeks' list of crimes and incidents have taken a toll on them too.

“We’ve had to deal with more than the usual numbers of death, which is always hard on everybody,” Eyster said.

Just because there have been more deaths, doesn’t mean the crime rate is going up, or that the crimes are all related, according to Eyster.

“It’s just a couple of them were more notable than others. We’re having the same things that we have daily throughout the city,” Eyster said.

Still, police are keeping a close watch and so is More.

“I know everybody around here so everybody know me,” More said.