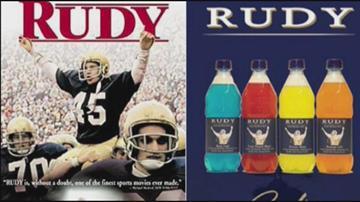 SOUTH BEND, Ind. – Daniel “Rudy” Ruettiger, one of Notre Dame’s most famous football players and inspiration for the movie “Rudy,” was charged on Friday in connection with an investment scheme that allegedly cost investors more than $11-million.  Ruettiger and 12 other accomplices were charged by the Security and Exchange Commision (SEC) with lying to investors who bought stock in his sports drink company Rudy Nutrition.

“We began looking at and investigating the conduct involved in this matter about two-years ago,” explained Scott Friestad, Associate Director of the SEC Enforcement Division.  “We had been looking at some similar misconduct involving some individuals on the east coast and one of them, we didn’t know at the time but later learned, was involved in the Rudy Nutrition scheme.”

"One of the issues they had from a business standpoint was they were low on cash and so they were in pretty desperate straits financially," Friestad explained.

Friestad claimed that Ruettiger and his partners battled their financial troubles by misleading investors.  They’re accused of lying to potential investors that the “Rudy” drink had outperformed and outsold Gatorade and Powerade and that major distributors had agreed to sell the drink.

"To lead investors to believe that future sales were going to increase significantly and that was not true," Friestad said.

They used Ruettiger’s fame to attract investors as well.

"Mailers they would send out would include a picture of Mr. Ruettiger in his Notre Dame uniform,” Friestad described.  “So they definitely tried to parlay his well known feel-good story about his prior success in life to their advantage."

The SEC suspended trading on Rudy Nutrition stock and revoked its registration in 2008, the company shut-down soon after.  But, to many investors, the damage had already been done.

"All told those investors lost close to $11-million dollars as a result of this scheme," Friestad explained.  “It’s a sad story for Mr. Ruettiger personally I’m sure, but from our perspective at the SEC what we care most about and what we’re concerned about is protecting investors and there were a significant number of individual investors who were harmed in this.”

Friestad described the scheme as a “pump-and-dump,” where insiders in the company used deceit and manipulative trading to raise the price of Rudy Nutrition stock.

“That’s the pump side of it,” he explained.  “The dump is once they start to attracting those innocent investors the insiders or the people involved in the scheme start dumping their own stock or selling it into the market demand that they’ve created.”

While Ruettiger is not believed to have been a major actor in the scheme, the Friestad said he had knowledge of what was happening.

“He had a significant role and he played a part in the issuance of some of the false press releases,” he explained.

Ruettiger and 10 other people implicated in the scheme agreed to settle with the SEC without admitting or denying the charges.  Settlements haven’t yet been approved by courts, but Ruettiger has agreed to pay $382,866 which accounts for all the money he personally made in the scheme and for penalties imposed by the SEC.