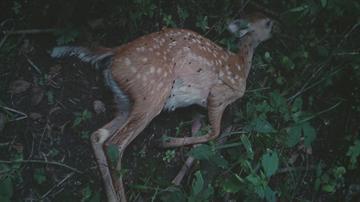 JONES, Mich. - The number of deer being found dead in Cass County is on the rise.

The first local case of Epizootic Hemorrhagic Disease (EHD) was confirmed in early August and now at least nine new cases in Cass County have been reported within the past week.

“We’ve seen everything from fauns to older bucks that have been infected with this disease,” said Michigan DNR Biologist Ken Kessen from the DNR office in Jones.

According to the DNR, more than 1200 cases of EHD have been confirmed or suspected in 12 counties this summer across Michigan.

Biologists think an increase in EHD frequency is tied to weather patterns. Flies that carry EHD lay eggs in mud exposed from water sources. Because water levels have dropped more mud has been available for fly populations.

“Not much is known about how the disease worked its way this far North,” said Kessen. EHD has been primarily found in the Southern United States. Deer affected get fevers and often die within seven days near a water source. “There is really no cure for the wild deer.”

Kessen said if numbers continue to rise in certain areas populations of deer could be diminished for a few years. The DNR is tracking the disease that’s why they’re keeping an eye on it. Kessen said that depending on research “we’ll possibly consider adjusting hunting seasons,” he said.

EHD does not directly affect humans.

Anyone who finds a dead deer that hasn’t had trauma signs should call their local DNR office.