Deadly crash on Old US 33 in Elkhart County 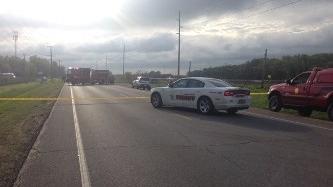 Elkhart Police confirm one person is dead following a two-vehicle crash Monday morning on the 30000 block of Old U.S. 33.

One person was also injured in the two-vehicle crash.

Police believe reckless driving was the cause. Witnesses told the Elkhart County Sheriff's Department that a driver was tailgating cars and speeding.

Officials believe that the reckless driver lost control and hit a pickup truck. The driver of that pickup truck died.