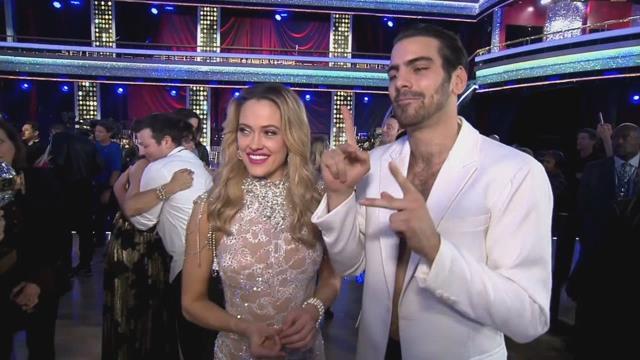 Nyle DiMarco is officially the winner of Dancing with the Stars.

The deaf model is being celebrated in Michiana as well.

“This is for the 70 million deaf people in this world,” DiMarco said after his Tuesday win.

Noah Buchholz is one of those 70 million.

ABC 57 spoke him Wednesday through an interpreter, about DiMarco’s big win and what it means for the Michiana deaf community.

“My wife and I were just absolutely thrilled that Nyle won, and really, that’s true for the deaf community around the world. Everyone is so excited for his success,” Buchholz said.

Like DiMarco, Buchholz was born deaf, into a deaf family.

Therefore, he grew up using American Sign Language, something other deaf children don’t always have access to learn.

“One of the most serious issues in our community is that there are many deaf children deprived of language,” Buchholz said.

That’s one of the big issues he’s thankful DiMarco pointed out.

“Deaf people have their own unique culture and language,” Buchholz said.

But it was the universal language of dance that touched the deaf community and beyond, landing DiMarco that disco ball trophy, and creating a platform for a community that others don’t often hear.

Buchholz, an assistant professor of Sign Language and deaf studies at Bethel College says he feels victorious too.

“We feel like the whole deaf community has had a voice through Nyle, and it’s especially exciting because he won,” Buchholz said.