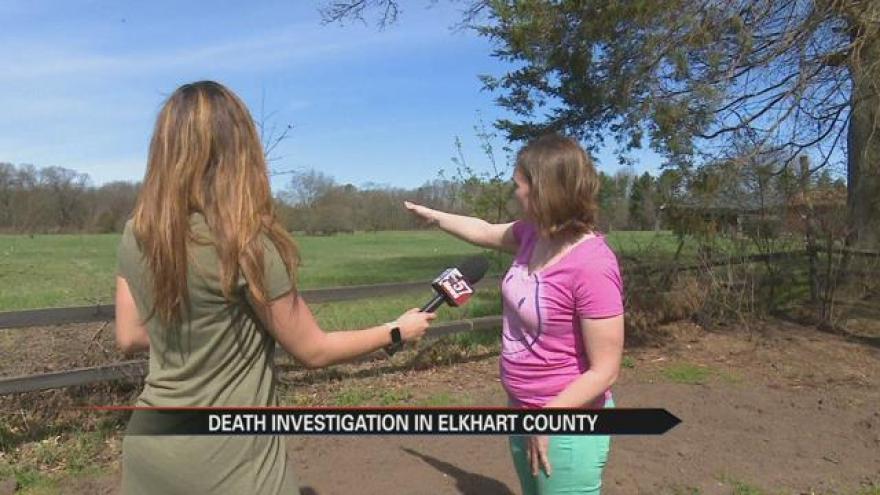 Right now, a death investigation is underway in Elkhart County. According to the sheriff’s department deputies and the coroner were called out to County Road 1, right by Cobus Creek Park.

People, like Linda Hardy, who live near are shocked.

“I thought you had the wrong park because I couldn’t believe something like that could happen here,” Hardy tells ABC57.

With eyes wide open in shock she explained how close her home is to where a death investigation started.

Tiffany Kocielko lives on County Road 1 and says on Saturday she saw the owners of the property doing some yard work around 11 a.m.

“Saturday morning they started working and shortly after we noticed a couple police cars back there.”

According to the police report crews arrived moments before 12:30 Saturday afternoon.

And because this is a quiet neighborhood, Kocielko thought nothing of it, until she saw the coroner pull into the property.

“That’s when we realized it was a body. And of course we’re shocked, that’s way beyond the normal, like what’s going on?”

Hardy says her husband drove by the area on Saturday, but left with no information.

“He got there at the same time Cleveland Township Fire Department did and police department was there and he was told to leave that it was a crime scene.”

Many questions remain, including if this death is being considered suspicious.

While waiting for answers, neighbors say the sense of safety they once felt in this neighborhood is becoming tainted.