Death on the train tracks 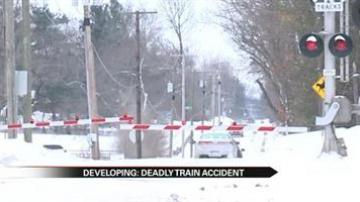 "I knew, I knew something bad had happened," said Karen Suddarth of South Bend.

Every Sunday, Karen Suddarth passes by these railroad tracks on the way to church. Normally they are empty but Sunday morning, Suddarth was surprised by what she saw.

"Well when I was going to church, I saw the lights and everything,” said Suddarth. “The train was stopped."

The train was stopped because police say Long tried to drive around the crossing bars. Her car was hit by the train.

She was found dead along with her two small dogs inside her crushed Toyota Corolla.

Neighbors along the tracks say this is not the first time something like this has happened.

"I saw a vehicle get hit down there going around the arms one time. It flipped a couple times and people flew out," said neighbor Bruce Chambers.

“If you are not paying attention, things happen,” says Suddarth. “And unfortunately this is not a good thing.”

With so many houses and businesses nearby, neighbors want Michiana to approach their train tracks with caution hopefully preventing another death.

"Most people don't go around those arms,” said Chambers. “They shouldn't do that."