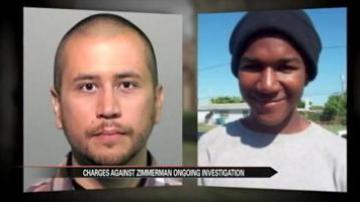 The justice department has not made a decision on whether to bring civil rights charges against George Zimmerman.

"We are still in the process of doing the kinds of investigative things and analysis that are necessary before we can make the determination," said Holder.

The attorney general also says a decision on what they will do will come soon.

Zimmerman has said he shot Martin in self-defense during a confrontation back in February of 2012.