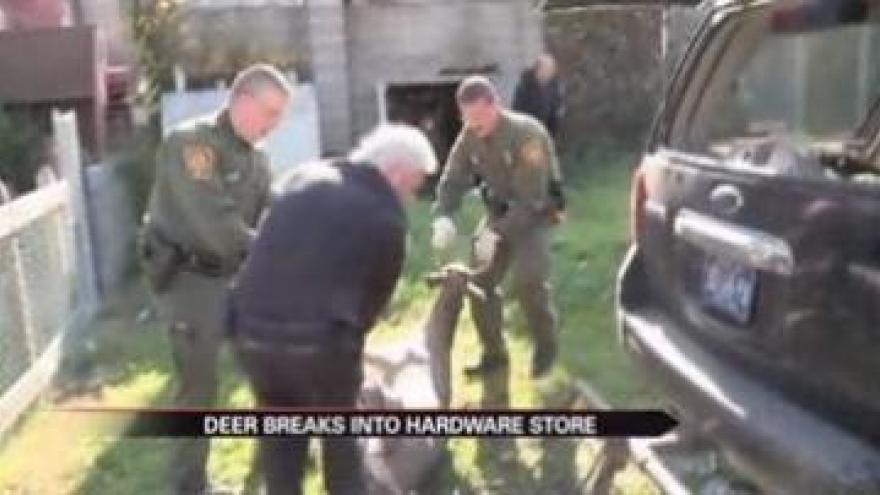 A deer broke through the front glass of Doyle's Hardware in Scranton around 9 am and caused quite a bit of damage once inside.

Cops shut down the road as game commissioners tranquilized the animal.

They say it is not uncommon for deer to head into urban areas during mating season but breaking into stores is definitely unusual.

"Just fate I guess. This is where he decided to end up today. I heard he was on the other side of the city today and kind of meandering and just ended up here," said game commission officer Jim McCarthy.

Officers said that depending on the extent of the animal's injuries, it might have to be put down.

No people were hurt.