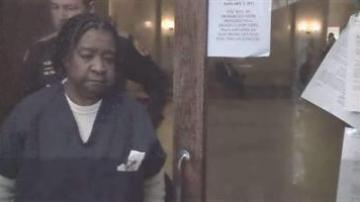 SOUTH BEND, Ind. -- A South Bend grandmother charged with deadly neglect stemming from the death of her own grandson was sentenced to 50 years in prison.

Castile faced a minimum of 20 years and a maximum of 55 years. A jury found 53-year-old Castile guilty of neglect in October. She turned a blind eye to deadly child abuse at the hands of her own son, Terry Sturgis.

Castile had a past felony conviction years ago that resulted in a two year prison sentence.

Castile took the stand and told a grandson who was in court she was sorry for failing him and that she could only hope for his forgiveness.

The grandson also took the stand and said they had no one to turn to because Castile chose Sturgis over him and the other grandchildren.

Sturgis was found guilty of all 14 counts he was charged with back in May. He is currently serving a 140-year prison sentence for the death of Tramelle.

Prosecutor Mike Dvorak said this case has opened the eyes to the public on how DCS does its job and how their needs to be major improvements on how the agency investigates claims on child abuse or neglect.