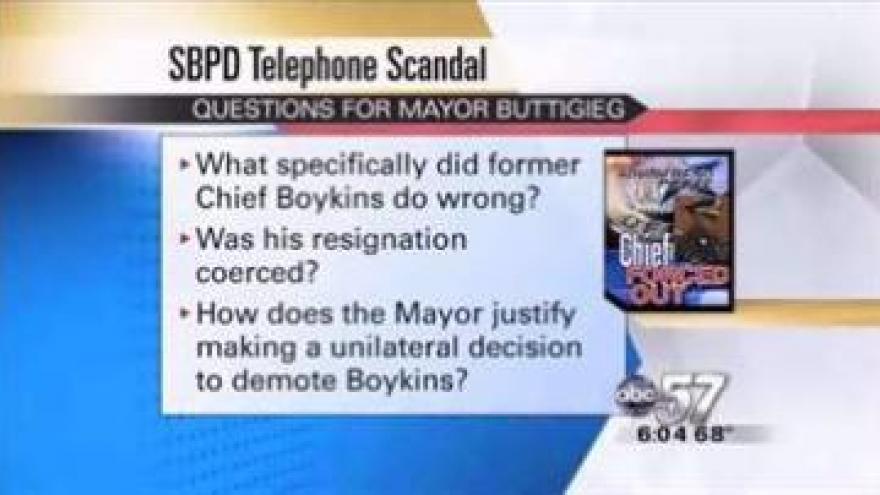 ABC57 News has requested a sit-down interview with Mayor Pete Buttigieg to answer questions about his decision to force out Chief Darryl Boykins.

We are still waiting for the Mayor’s Office to let us know when Mayor Buttigieg can make time for us.

Among the questions, we want to know:

You can tell Mayor Buttigieg to answer the questions ABC57 News wants to know.

You can email the mayor our questions and demand transparency.

Make sure to sign your name at the bottom under "Sincerely".