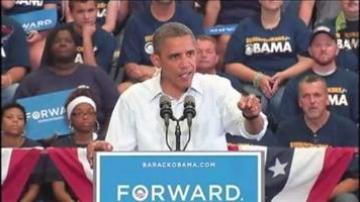 CHARLOTTE, N.C. -- The Democrats are taking their turn this week to lay out their plans for the future.

The convention is set to officially kick on Tuesday in Charlotte.

There are plans to roll out some big names during the convention including Michelle Obama, former President Bill Clinton, actress Eva Longoria, and music stars Mary J. Blige and the Black Eyed Peas.

While the delegates enjoy the opening festivities, President Obama was on the campaign trail in Ohio.