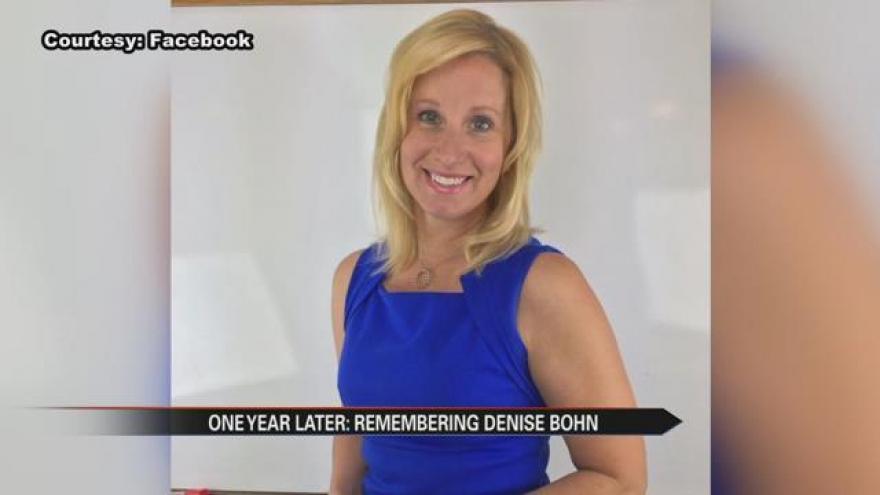 It was a murder-suicide that rocked Michiana one year ago today. On Wednesday, Denise Bohn’s coworkers discussed her lasting legacy.

“She always cracked this, like, really shiny, just out of nowhere smile that was just – it would light up a room,” said Zack East, program director at 98.3 ‘The Coast.’ “It was so awesome.”

Bohn is remembered by her coworkers for not only her “awesome” smile, but for being an awesome person.

But Reinhardt and his colleagues at the Benton Harbor radio station never imagined what happened on April 19, 2016 could be true.

“I wasn’t sure what I was going to do because I had lost, not only my co-host, but a really, really good friend,” said Reinhardt.

Bohn – who was Reinhardt’s co-host for a year and a half – was killed inside her Royalton Township home by her husband in a murder-suicide.

“She loved her kids,” said Reinhardt. “She loved every person in her family. You know, her parents were her role models. And her kids were the love of her life.”

Reinhardt said the mother of three had an electric personality.

He said she made her commitment to her community contagious.

Bohn was a radio host, a former TV reporter, and a devout volunteer for the Susan G. Komen Foundation after beating breast cancer.

Whether on the air, or right outside the radio station – where a new bench engraved with Bohn’s name was dedicated Wednesday – Bohn is still well on the minds of her colleagues and the community she served.

“If there’s one thing that people can do and take away from this tragedy, it’s that her spirit and helping others can’t be silenced,” said East. “It can be, hopefully, inspiring other people to do the same thing, as it did for me.”

Reinhardt and East said they’ve felt more motivated to serve their community since Bohn passed away.

Though her family has asked for privacy throughout the last year, her coworkers said her three children are doing well and have a lot of love and support.