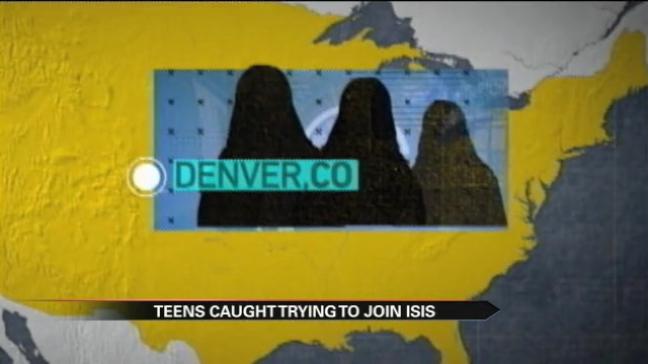 Three girls of Sudanese and Somali descent aged 15, 16, and 17, were captured in Germany on their way to Syria to join ISIS.  The three teenagers were seduced by slick recruitment videos calling for violent Jihad.

The videos were so convincing, the girls stole $2,000 from their parents and took their passports before boarding the flight to Germany which would take them to Turkey then Syria.

“The hook in the video is excitement, a new society, money, and a relationship. Because what they're in effect doing, is luring these girls to Syria and Iraq to marry them off to ISIS fighters to produce more little ISIS fighters,” says former FBI special agent and current ABC News consultant Brad Garrett.

A man who says he is close to the family of the 15 and 17-year-old sisters says they are both at home at their apartment complex outside of Denver.

The man, like the majority of his community, are in shock over the allegations the girls were recruited by ISIS terrorists.

On October 17th, the father of the two sisters filed an urgent missing persons report, saying the girls had skipped school and disappeared.  He says that is when he noticed the missing money and passports.

The FBI is now investigating whether the girls were recruited by radicals overseas, who may have helped fund the trip.