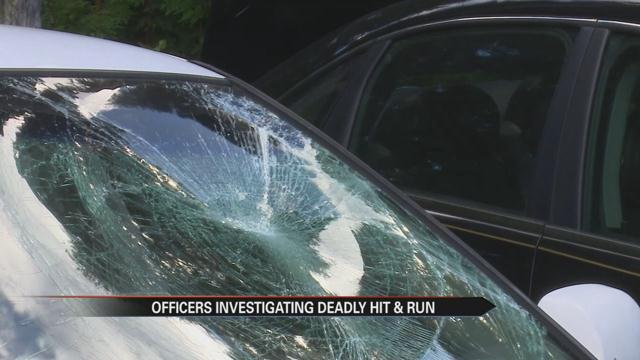 The Elkhart County Sheriff's Department is asking for the public's help identifying a second vehicle involved in a fatal crash early Monday morning.

Eric Pendleton, 32, was walking southbound on CR 5, when he was struck by a vehicle operated by 34-year-old Robert Moore, who was also traveling southbound, deputies said.

After being struck by Moore's vehicle, Pendleton was struck by an unidentified vehicle headed northbound on CR5.

The unidentified motorist failed to stop and deputies are attempting to identify the driver.

Investigators say evidence at the scene indicates the vehicle is likely a 2009 Ford Escape or Mercury Mariner. The vehicle will likely have damage to the lower part of the front end and is missing the E-Vac, or Evaporative Control System.

Originally, the department believed the vehicle involved was a 2011 or 2012 Ford Escape.

“It just, it took everybody by surprise. There were so many different things that happened that you just wonder why," said one of his friends, Brandi Wixson.

She started a gofundme page to help out the family.

If you have any information, please contact the Elkhart County Sheriff's Department at 574-533-4151, or by using the TIP411 app by texting ESCDTIP411. You can also visit the department's website at www.elkhartcountysheriff.com.