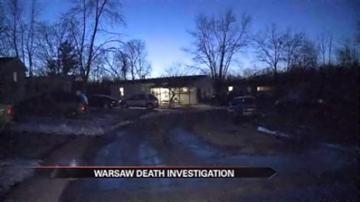 WARSAW, Ind. --  The Kosciusko County Sheriff’s Department is investigating the death of a man whose body was found in his home in the Hideaway Hills mobile home park just before 1 p.m. Sunday.

The Sheriff’s Department says they got a call for a welfare check and when they got there, they found the 50-year-old man deceased.

Neighbors say they saw officers arrest another man at the residence.

“I am sad when it happens to anybody,” said neighbor Parthena Justice.

Justice says she was distraught that her neighbor was found dead.

“There were just cop cars all over the place. They had already had it taped off,” said Justice.

Justice says as scary as the situation is, this is not the first incident they have had in the area.

“Drug-related killing maybe six or eight trailers down from us three years ago,” said Justice.

Justice says she thinks all the violent crime is drug related.

“There is a lot of traffic going in and out,” said Justice.

It has gotten so bad she does not even feel safe in her own home anymore.

“I keep my doors locked all the time,” said Justice.

A cause of death will be determined at autopsy.