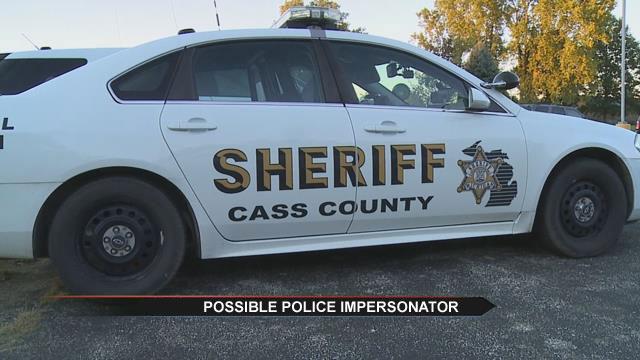 The victims called Cass County dispatch around 2 p.m. on December 20 to report a suspicious situation.

When officers arrived, the victims reported a suspicious vehicle attempted to stop them while traveling on M40 in Cass County.

The suspect did not provide police identification but made statements to indicate he was a police officer.

The suspect is a white male, between 65 and 70 years old. He has white hair, a beard and was wearing a black hat/cap.

The man was driving a red Chevy or GMC Jimmy SUV with equipment racks loaded with gear on top. He may have flashing white lights and large antennas.

The vehicle had multiple bumper stickers and may have "Rescue" written on the front hood/bug screen area.

If you have any information, contact the Cass County Sheriff's Office.