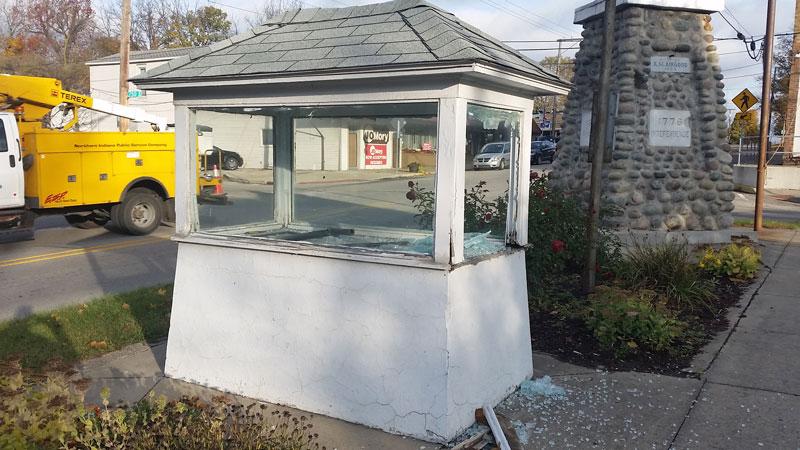 The machine gun that was stolen from its display case at an outdoor monument to those serving in WWI has been recovered, according to the LaGrange County Sheriff's Department.

The weapon was reported stolen on October 29 from its case on SR3 near E CR 750 South.

The sheriff's department says very few tips came in, but the department learned of a similar crime in Decatur, Indiana.

Deputies contacted Decatur Police and learned Jason T. Saam was apprehended while trying to remove a monument in Decatur, according to the LaGrange County Sheriff's Department.

There were similarities in that crime, so detectives interviewed Saam.

On November 10, Saam was interviewed and allegedly admitted to taking the machine gun because of issues in his life.

The machine gun was recovered from his residence in Van Wert, Ohio, according to deputies.

Sheriff Jeff Campos of the LaGrange County Sheriff’s Department will return the weapon to the South Milford Community on Veterans Day.