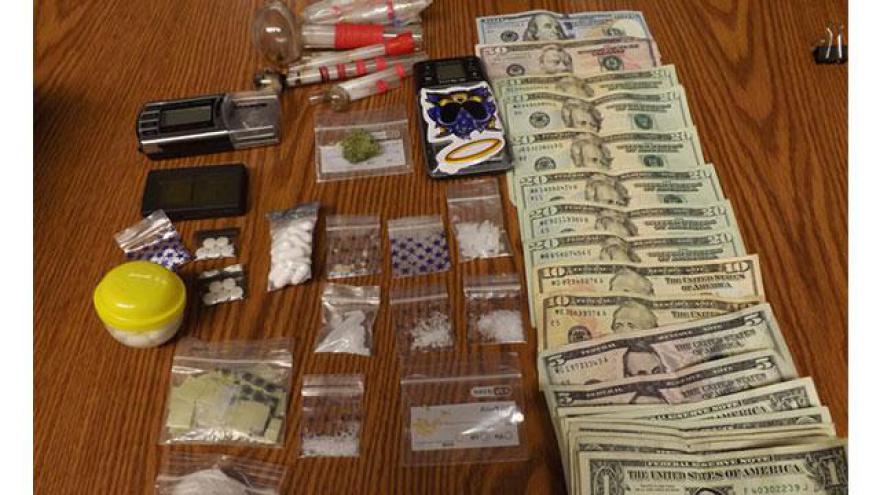 Deputies serving an arrest warrant found more than just the suspect. They seized a meth lab, meth, drugs and cash, and arrested three people, including the man wanted on the warrant, according to the Van Buren County Sheriff's Department.

Deputies went to a home in the 36000 block of CR 653 in Almena Township around 8:45 p.m. Thursday evening to locate 25-year-old Warren Trowbridge.

When deputies arrived, they spotted a vehicle with its tail lights on in the driveway. When they approached the car, they found Trowbridge in the driver's seat.

They placed Trowbridge in custody without incident.

After he was in custody, Trowbridge told deputies he had a meth lab in the vehicle.

Then, two women, a 27-year-old and 22-year-old, drove up and walked up to the deputies.

Deputies said they appeared surprised to see the deputies and tried to leave.

Deputies said the female driver had an open container of alcohol and admitted to smoking marijuana before arriving on scene.

Deputies obtained a search warrant for Trowbridge's vehicle. Inside they located a plastic bin with the components to manufacture methamphetamine, a large amount of crystal meth, other narcotics and cash.

Trowbridge was taken to the Van Buren County Jail.

Charges are pending in this case.

Deputies did not release the names of the women.