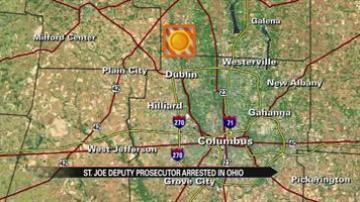 Rulli was a prosecutor in the traffic and misdemeanor division.

The prosecutor's office provided a statement saying "John Rulli tendered his resignation at 3:30 Monday afternoon," but refused to comment any further on the personnel matter.

One South Bend resident says even though he resigned, it still doesn't look good for the county's fight against crime.

"The job that they've been doing, of locking people up for the same thing that he's been accused of doing, it undermines the whole situation," says Bryan Griffin.

Police say he was arrested, but he wasn't put in handcuffs or taken to jail.

His arraignment is set for June 18.