So far, the 2020 Atlantic hurricane season has been all flash and no substance.

Yes, the season has been historically active so far. Case in point: Tropical Storm Gonzalo became the earliest 7th-named storm in the Atlantic on record when it formed off the coast of South America Wednesday morning. 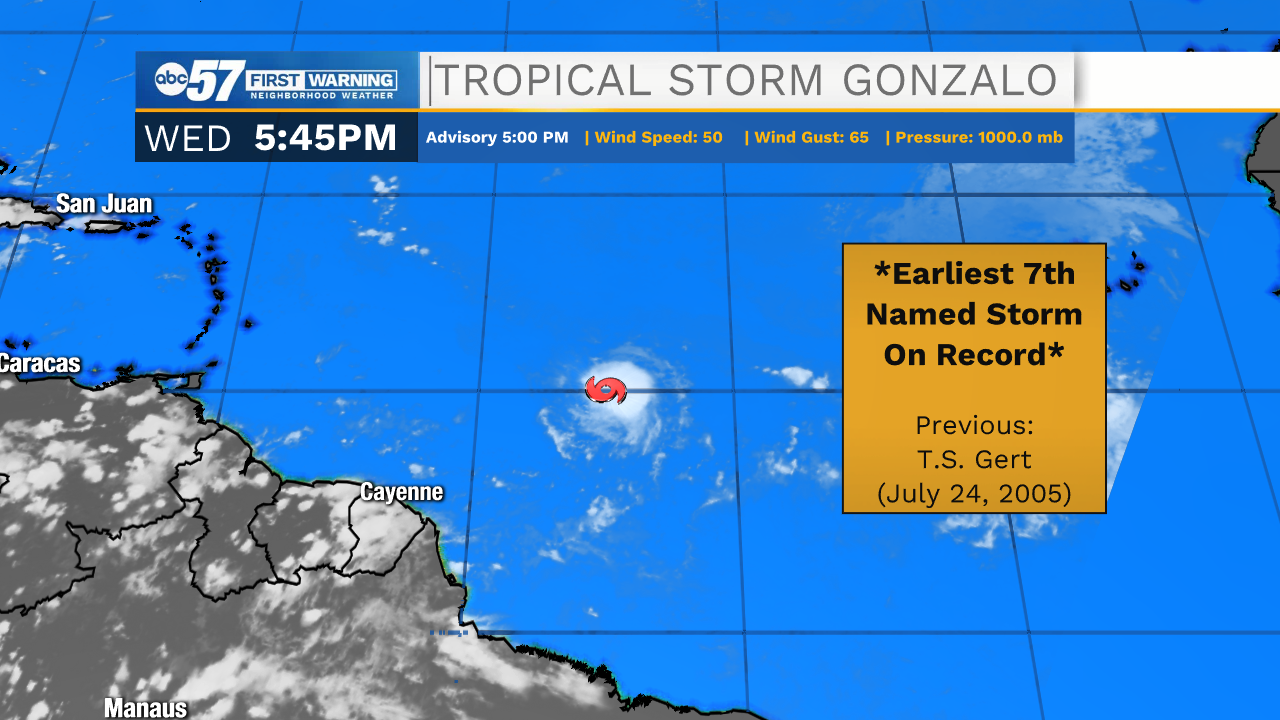 The latest National Hurricane Center outlook has Gonzalo becoming the first hurricane of the year, gaining Category 1 strength by Thursday afternoon as the storm moves west. 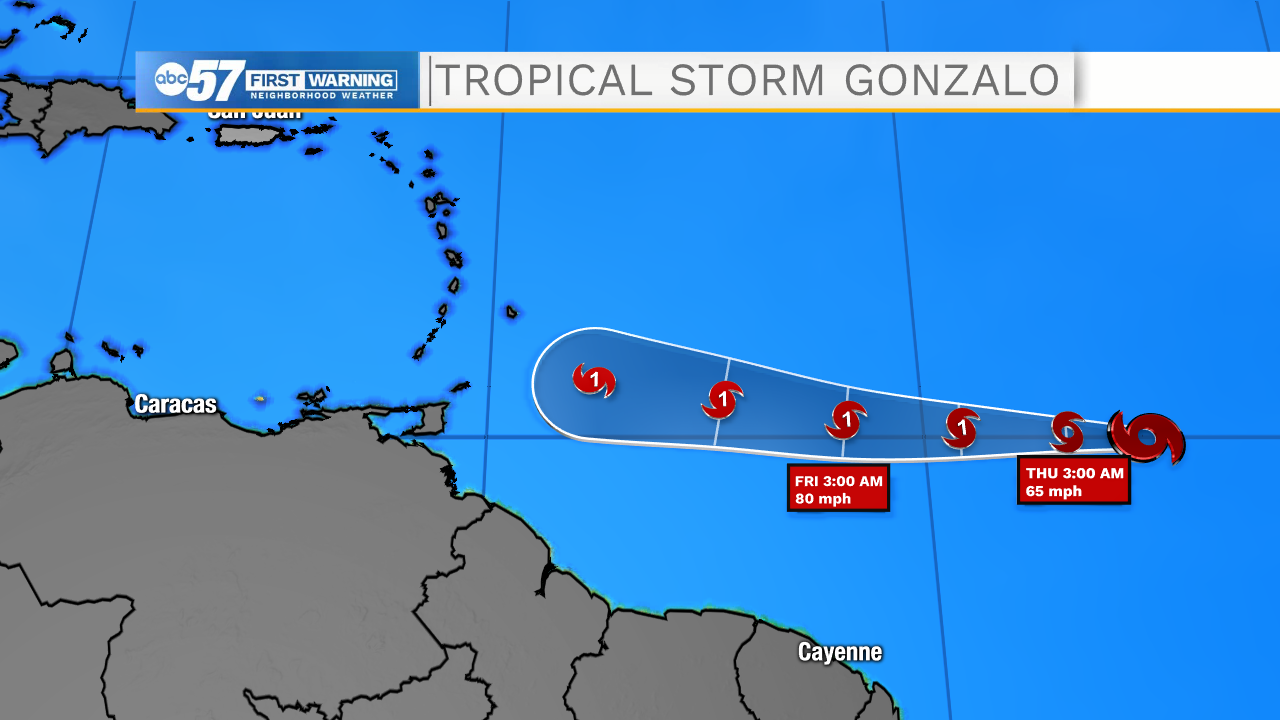 On top of these developments, the "H" named storm could be right around the corner as well. A low in the Gulf of Mexico has a high chance of becoming a tropical depression in the next two days, and could eventually become Tropical Storm Hanna. 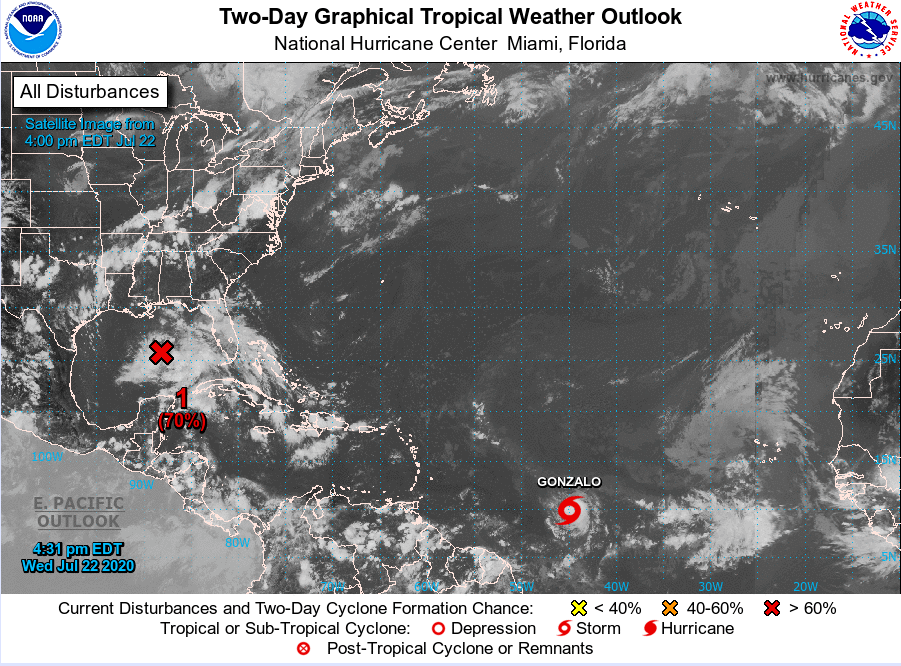 Despite all the hype and headlines, so far, hurricane season has been quantity over quality. While 3 tropical storms this year have made U.S. landfall, every storm that has formed has been weak and basically forgettable.

The problem is our "A.C.E." isn't up to par. "A.C.E." stands for "accumulated cyclone energy." It's basically a measure of how strong a tropical storm is based on its wind speeds. The number grows over the course of the season as we have more storms and hurricanes. 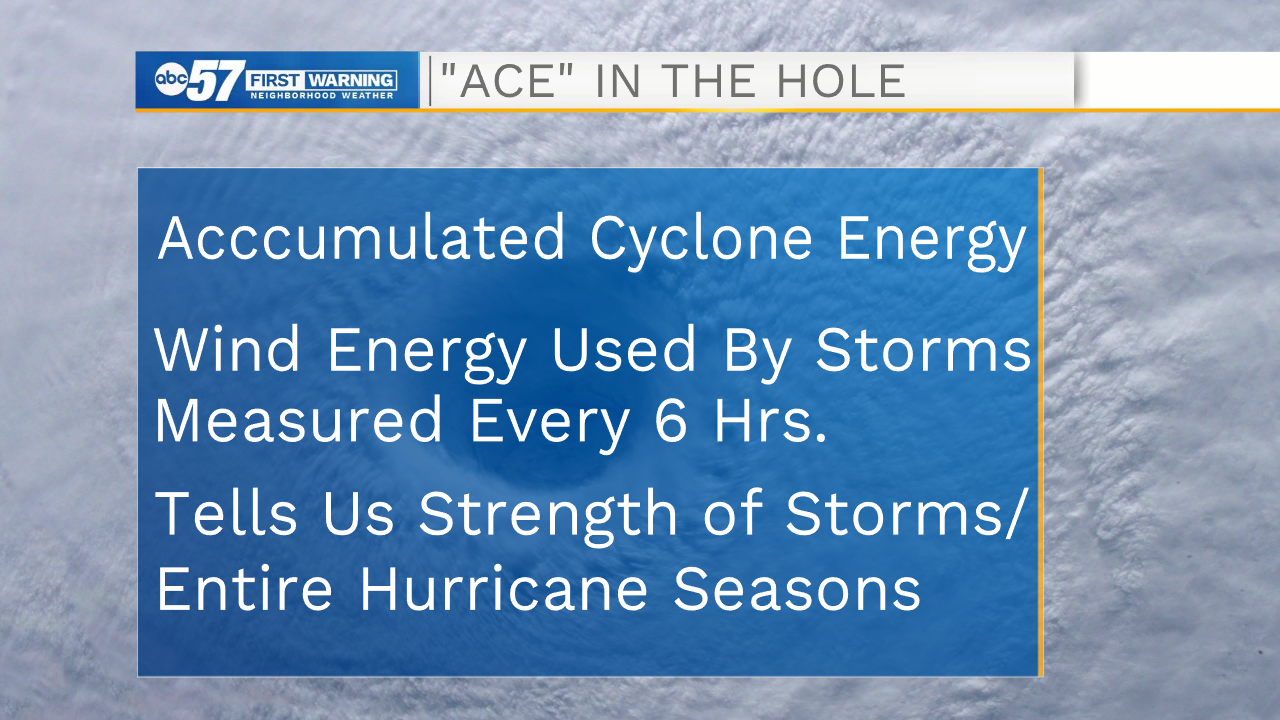 With all of the tropical storms this year, our A.C.E. in the Atlantic is 8. The average A.C.E to date is 7, so we're almost exactly at normal for the end of July. For reference, the year we keep beating in terms of storms forming, 2005, had seven times the A.C.E. at this point. 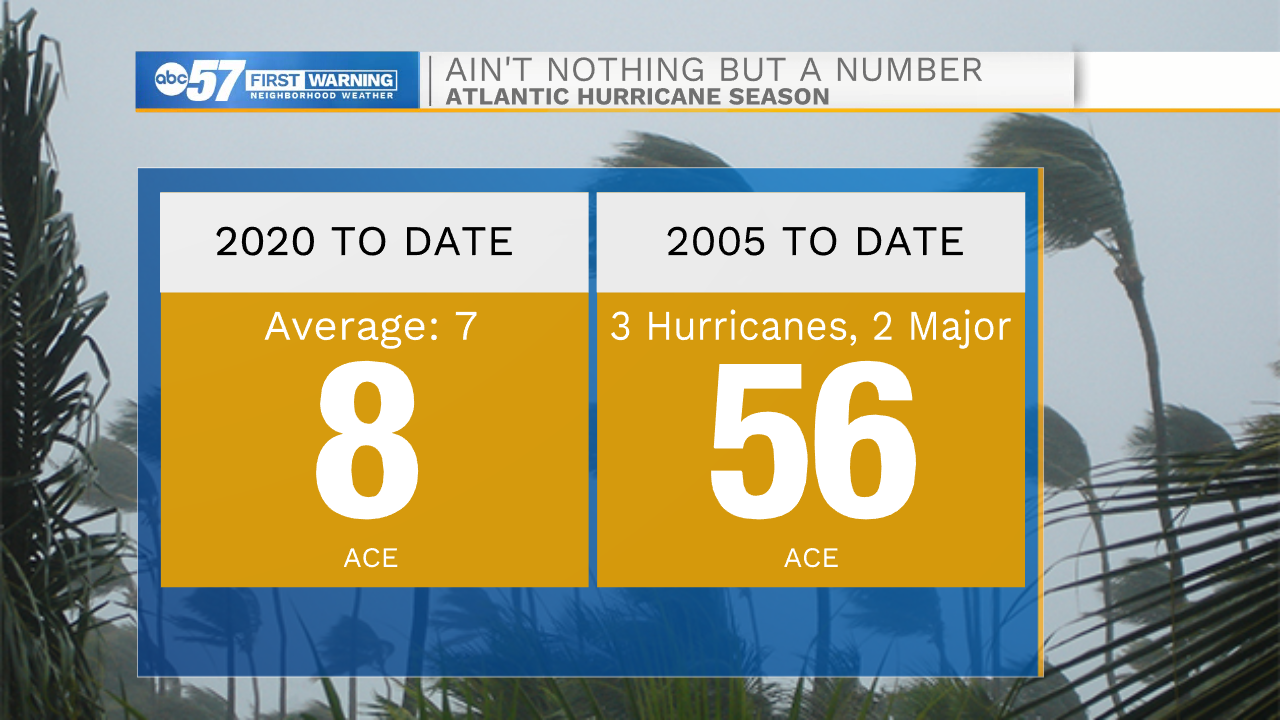 However, we'll have to pay close attention to the tropics over the next few months, with the peak of the hurricane season coming up and very warm ocean water for storms to use as fuel.