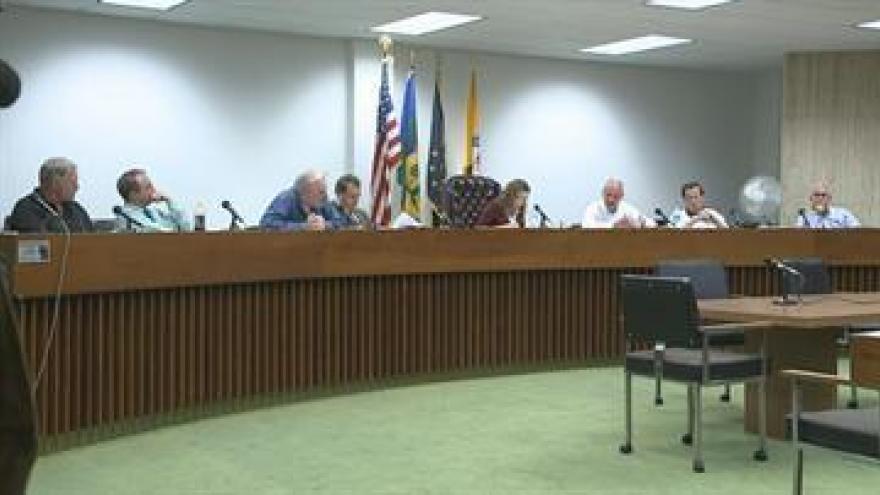 SOUTH BEND, Ind. – The controversy over the proposed Granger sewer project came to head Thursday evening as the St. Joseph County Regional Water and Sewer District Board voted unanimously to establish new utility rates and charges that will allow the project linking a sewer system from Edwardsburg to the Granger business district to go forward.  But, many in the public audience in attendance didn’t approve of the decision.

"I'm not happy, these people have been underhanded and not truthful from the start, they threw out threats and innuendos saying that we'd have to be paying more if we didn't hook up from the beginning," explained Sid Ottman, who opposes the project.

“Connecting immediately is a lower upfront cost,” explained Board President Jessica Clark.  “The sewer option, depending on certain estimates, is either equal to or maybe less than what that system, to replace it with a conventional septic system, would be.”

But, many still opposed to the fees that will be charged for inspections of resident’s septic systems.

"If they're telling me that I have to have my septic system approved every five years at a cost of $250, why doesn't the whole county have to have theirs approved at $250?" asked Sid Ottman.

The board defended its decision to enforce inspection fees, citing the fact that a major motivation for the new system was to improve environmental quality threatened by leaking septic systems that have reportedly raised nitrate levels in Granger.

"Since this project does also focus on the need to protect our groundwater and our aquifer, if they have systems that aren't properly functioning now, they'd be required to connect to sewer," explained Jessica Clark.

That still wasn’t good enough for many residents at the meeting.

“The county is the one that wants to make us hook up, the county can say your system is failing,” said Sid Ottman.

Many objections were raised that the sewer system is being built to benefit businesses and residents in the sewer district are being dragged along and forced into the system.

Again the board defended its decision, saying the system is also aimed at helping businesses, which they say is for the greater good of Granger.

“By having sewer to these areas there are certain types of businesses that may not have considered that area to develop because of septic,” explained Jessica Clark.

Those in opposition to the sewer project say other residents in Granger and across St. Joseph County should be wary of the project as it could spread and other residents may be forced into a sewer system.

"Granger, you need to wake up because every 300-feet this gets installed it's coming to your neighborhood,” explained Rex Weade.  “It might not be two years, three years or four years but it's coming and once this goes in it's a plague.”

Though there are no plans to expand the project across Granger or the county currently, Jessica Clark did confirm that it is being considered.

But, before the project can expand it will have to overcome its opposition from residents in the current project area.

“People that are in Granger should step-up and not allow this to happen, they should just go ahead and do whatever they have to do,” said Sid Ottman.  “Sign petitions; go to the ACLU if they have to.”

Work on the sewer project is expected to begin in the spring of 2012.