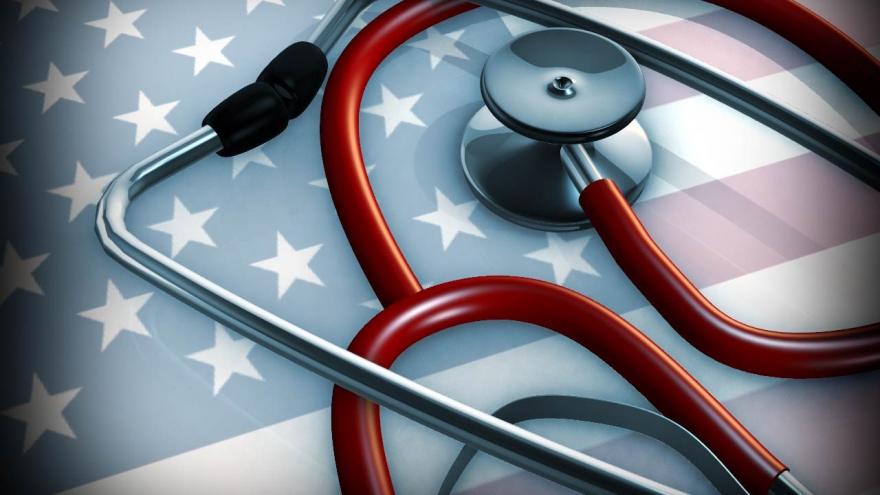 (CNN) -- Despite Arizona Sen. John McCain's decision to oppose the latest Republican health care plan to repeal and replace the Affordable Care Act, the effort is still ongoing, GOP aides say -- at least for the moment.

Multiple aides involved in the process say the focus on winning Alaska Sen. Lisa Murkowski's vote has continued into the weekend, with changes seen to benefit her state related to the state's funding formula in the bill and the timeline for implementation.

"We're still working," said one GOP source involved in the process. For now, the source says, there are only two public "no" votes -- McCain and Kentucky Sen. Rand Paul.

Even though Maine Sen. Susan Collins has said publicly she's "leaning against" the bill and has long been expected by Senate leaders to end up opposed, with only two firm "no" votes, the effort still has life, as tenuous as it may be.

"Whatever sports metaphor you want to use about how it would take a miracle, it's that," another source acknowledged, noting that even a "Hail Mary" might be too generous to describe the odds at the moment.

While President Donald Trump tweeted Saturday that Paul "may find a way to get there for the good of the party," there is limited optimism on that front on Capitol Hill. The lobbying of Paul, who has ripped Graham-Cassidy on a seemingly hourly basis the past week, has been largely left to the White House. A Paul aide said both Trump and Vice President Mike Pence had reached out over the past 24 hours, even though past entreaties haven't made any headway.

Conservative groups, including those close to Paul, are in a wait-and-see mode before launching their own press of the Kentucky senator.

"If we got word that there was movement on Sens. Murkowksi and Collins, I think you could see some conversations, but everyone is keeping powder dry and waiting to hear from (Senate Majority Leader Mitch) McConnell," one conservative source outside of Capitol Hill said.

That has left the focus on Murkowski, with tweaks to the initial proposal expected to be unveiled in the next day or two, one source said. The draft is also expected to include changes sought by senators who so far haven't registered public concerns with or opposition to the proposal.

Still, it may all be for naught. Several GOP aides expect Collins to announce her opposition as soon as Sunday, when she will appear on the morning political shows, including CNN's "State of the Union." The effort to gain Murkowski's support is also viewed as uphill, given the repeated insistence of Alaska's governor, independent Bill Walker, that any "deal" to secure her support likely wouldn't assuage his concerns and opposition to the bill.

Murkowski and Walker have been in close touch during her deliberations over the bill.

Still, for now, according to one aide, things are moving forward.

"We're all in," one senior GOP aide said.