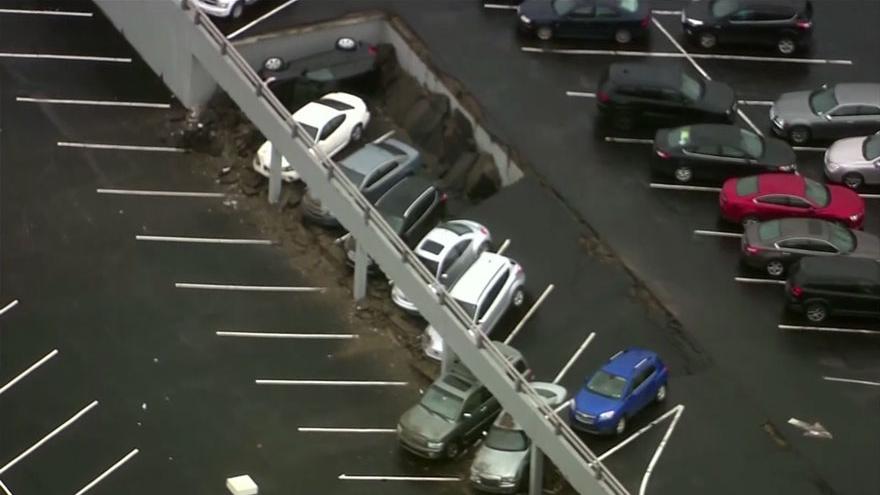 DETROIT (AP) — Part of a Detroit parking deck has collapsed, dropping eight vehicles about 10 feet to the level below.

Deputy Fire Commissioner David Fornell says firefighters received a call about 10:20 a.m. Thursday and first searched the structure to make sure nobody was in the cars damaged by the collapse. No injuries have been reported.

Fornell said firefighters later were pulled from the area around the collapse, which he described as "extremely unstable."

Engineers are assessing the scene before efforts are made to remove the cars and fallen concrete.

Matrix Human Services spokeswoman Kerrie Mitchell tells the Detroit News that some of the vehicles belong to Matrix employees.
It is not clear why the deck collapsed.

The parking deck is just east of downtown.

David Bell, director of Detroit's Buildings Safety Engineering and Environment Department, says the deck was last inspected in November 2015 and was overdue for inspection because the inspector was suffering a "serious illness."

Bell says in a statement that no structural issues were found in 2015, but that the city "will be taking a closer look at other structures assigned to this inspector" since the inspector hasn't returned to work.