Did lightning cause the landfill fire? 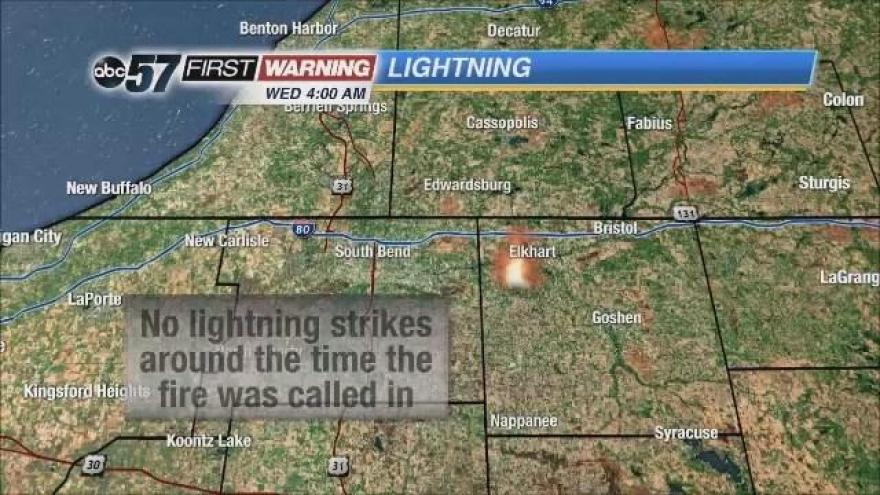 Authorities continue to investigate the cause of a fire at the Earthmovers Landfill.

As of 11:30 a.m. Wednesday, the Elkhart County Sheriff’s Department tweeted that the flames have pretty much died off and is now smoldering with heavy smoke.

An Elkhart County Deputy was driving past the landfill at 3:42 a.m. Wednesday when he spotted the fire and called it in.

According to Captain Jim Bradberry with the Elkhart County Sheriff’s Department a lightning strike was thought to be a possible cause.

“Again, as far as finding the cause of the fire, we don’t know how that’s been caused.” Bradberry said. “The National Weather Service has been contacted as well to look at possible lightning strikes sometime early this morning to see if that may have had any chance of being a possibility of sparking the fire. Again, it’s a little early to speculate on the cause but again we’re going to work on right now containing that fire.”

ABC 57 First Warning Neighborhood Meteorologist Emily Kennedy says there were no lightning strikes reported around that time in Elkhart County. She provided video of the radar at the time.