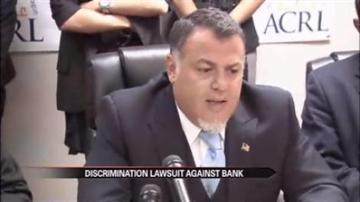 DEARBORN, Mich. -- A Michigan bank is headed to court in a discrimination lawsuit.

The suit accuses the bank of closing their accounts with dozens of complaints from victims ranging from long-time bank customers to children.

"They didn't want to discuss this issue with me. You know, they said to call the 800 number on the letter, which is what I did and never received a call back," said Adnan Mouhjer, who's bank account closed.

Officials did say they appreciate the opportunity to do business within the Arab American community.