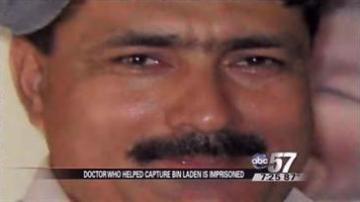 A man considered a hero by Americans has been proclaimed a traitor by his own country.

A Pakistani doctor put his life on the line to help the CIA hunt down Osama Bin Laden. Now he faces 33 years in a Pakistani prison.

He passed information on to the United States. For that, he was charged with spying.

U.S. officials have been working to get him released.